Richard Harris and Warren McMichael both saw that their churches could help solve problems and build community in their respective neighborhoods of Kensington and Sharswood.

“In 1993 the church’s pastor, a former teacher, had the church “adopt” Reynolds Elementary to support the school.”

The congregation formed a Public School Committee, of which Warren was a member.  The committee organized volunteers to staff school libraries and lunchrooms, and fundraised amongst the congregation to pay for field trips, scholarships, and awards for students. 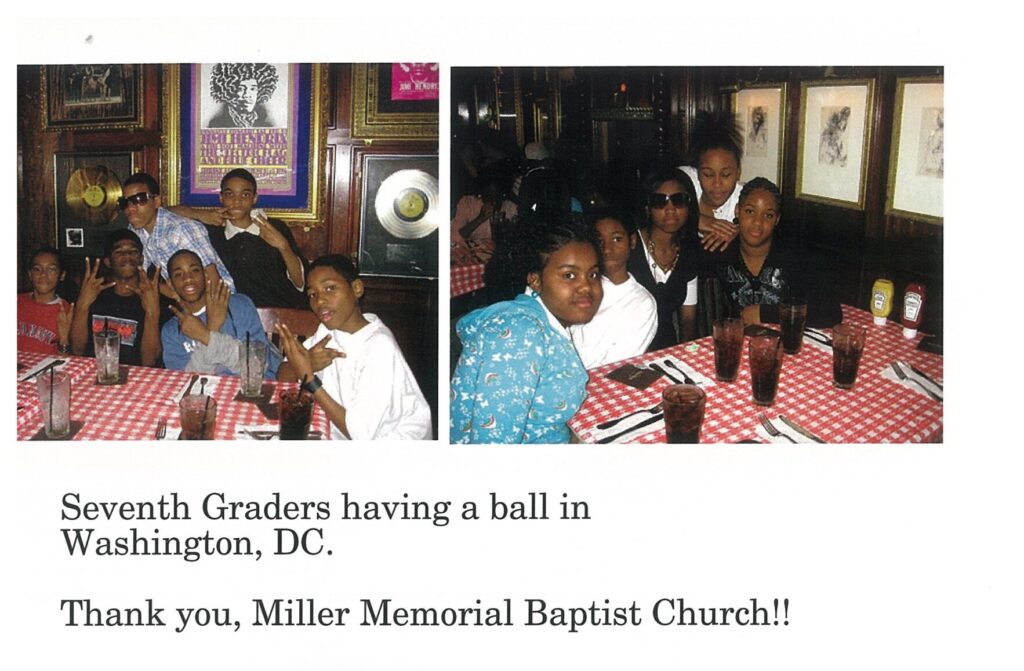 Reynolds yearbooks are filled with acknowledgements of Miller Memorial Baptist Church and the support it provided. 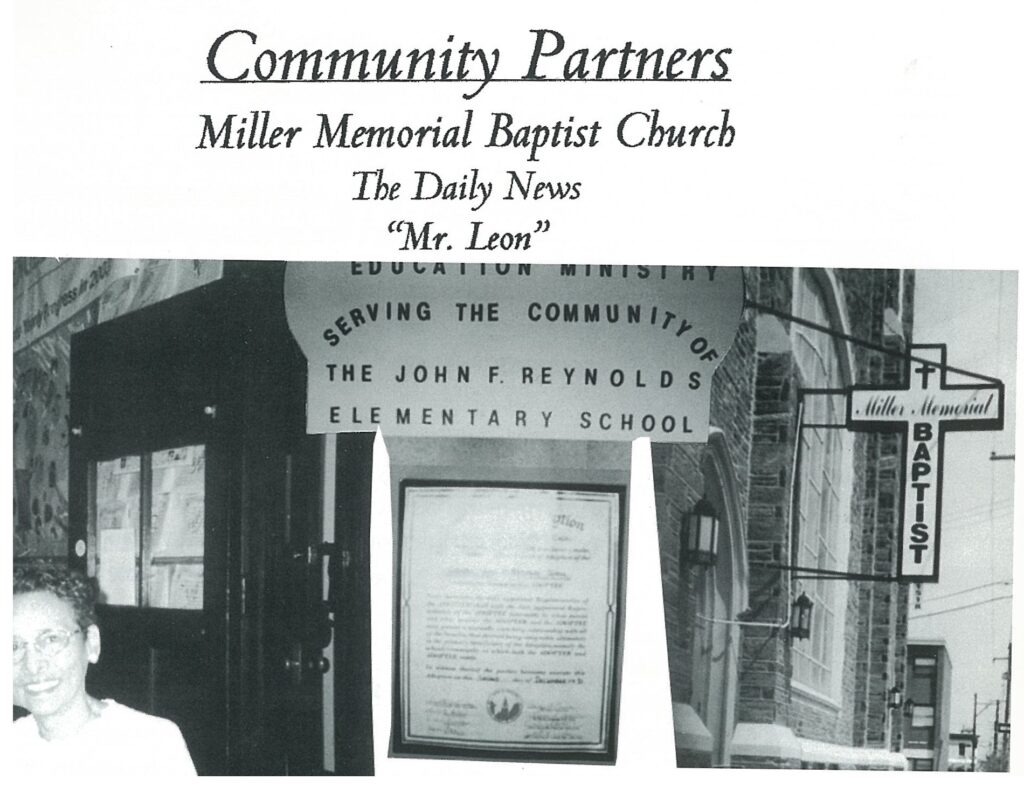 Reynolds yearbooks are filled with acknowledgements of Miller Memorial Baptist Church and the support it provided.

Miller Memorial is similar to other Philadelphia churches in that many of its members grew up in the neighborhood, and later moved away, but continued to be congregants. Though the school has since closed, Warren’s story continues to serve as an example of how churches can support their neighborhoods, even if members don’t live there. 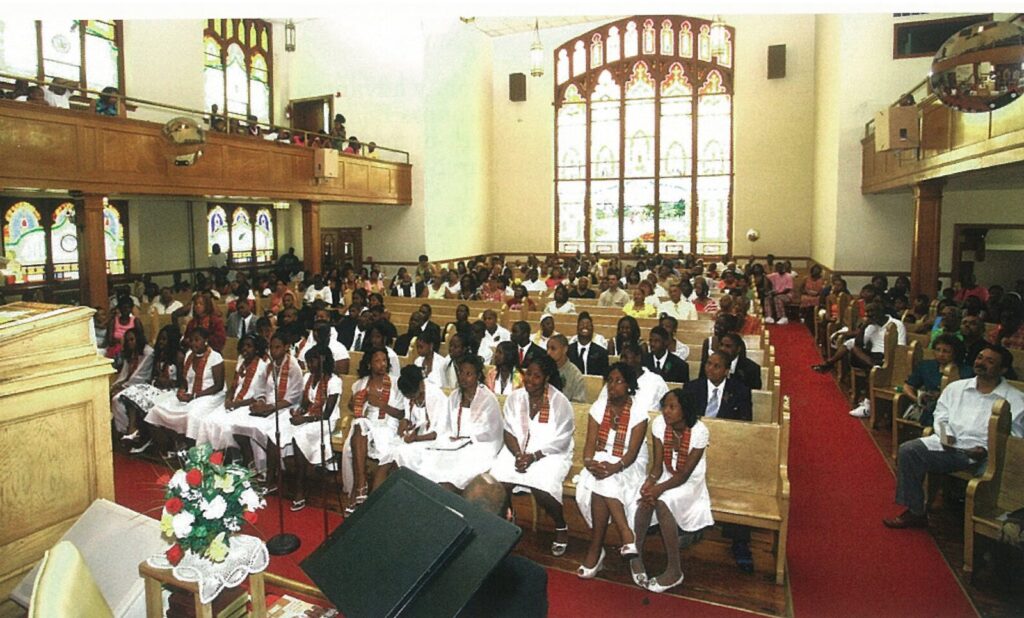 In his years as Head Pastor at Firm Hope Baptist Church, Richard has fallen in love with the surrounding neighborhood. It is rich in diversity and history, but has been crippled by becoming city’s largest site for heroin dealing.  “A lot oppression, depression, drug abuse, crime, and everything that comes with that,” Richard described.

After seeing other North Philly churches join together with secular organizations to get drugs out of their neighborhoods, Richard decided that in addition to the spiritual, the church needed to provide social and physical support.  “I witnessed it first hand…if it happened there, it can happen where we’re at,” Richard said.  He began participating in neighborhood improvement activities and began envisioning the church as a neighborhood community center.

He started by attending his local civic association after receiving a flyer in the church’s mailslot for the monthly Somerset Neighbors for Better Living (SNBL) meeting. He saw all the helpful information and resources offered at the meeting and wanted to bring it to the neighbors who lived around the church.

He believed that partnering with SNBL and other organizations was the way the church should start being a helping hand to the community: “beyond our four walls, beyond Sunday morning. It’s our responsibility to do that.”

Richard hadn’t done community outreach before, but he quickly learned. Richard and church leadership started going door-to-door, introducing themselves to people who weren’t church members, but had lived next to the congregation for decades.  Richard started saying hi to folks outside as he came and went. He started asking questions about what’s going on and what sort of help they needed — not to pitch them on faith, but to pitch them on helping to improve the neighborhood.

He also started working with New Kensington Community Development Corporation (NKCDC), who now hosts “community office hours” every month in which an NKCDC staff person comes to the church to help neighbors sign up for assistance programs.  Church leaders and NKCDC staff also team up to canvass the neighborhood for larger community meetings.

In the past few years, the church has hosted block cleanups, computer classes, health insurance registrations, and started inviting neighbors to their annual multicultural day. Of the collaboration, Richard said:

“We all reach more people when we’re working together.  We’re getting more done, getting more resources into the community, as a result of our affiliation with NKCDC and SNBL.”

He himself has done everything from raking trash at clean-ups to driving neighbors to community meetings. Recently Richard and one of his deacons were elected to the SNBL Steering Committee and now help guide the organization. 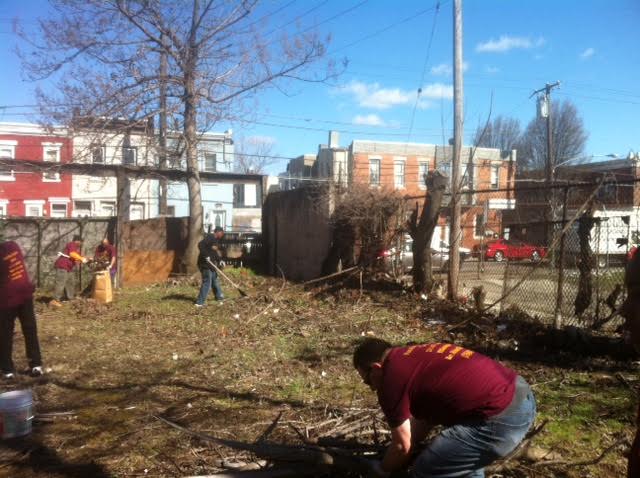 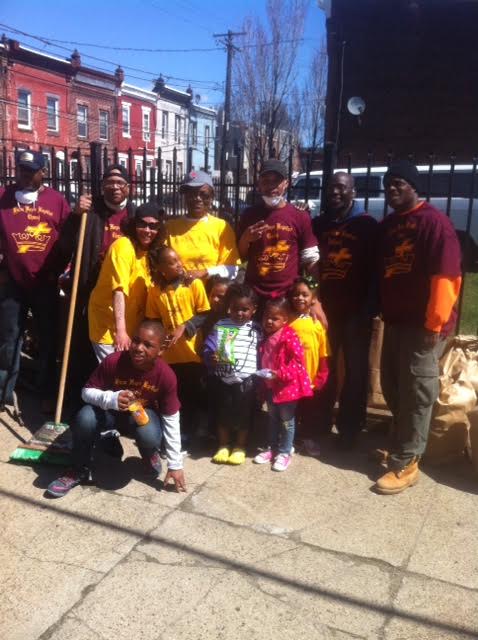 After successfully convincing SNBL to expand its boundary east to include previously unrepresented blocks, Richard goes door-to-door to get those newly included neighbors to attend SNBL community meetings.

He sees shifting from block-level to neighborhood-wide thinking as an important step if the community is to improve: “We’re combatting such powerful forces, so we need everyone, no matter what.”  Slowly, it’s working: multiple new SNBL members found out about the organization from Firm Hope, and Richard is seeing those “neighbor-to-neighbor connections where we respect and look out for each other” increasingly coming back.

Richard also met with his State Rep., who connected him with the affordable housing developer Women’s Community Revitalization Project (WCRP). WCRP was looking for a site for its next development, and Richard knew that newly-built affordable housing was hard to come by in this community.

Firm Hope became a community partner of WCRP, and the developer eventually proposed constructing Grace Town Homes, 36 affordable rental and homeownership units on a vacant lot one block west of the church. Firm Hope vocally supported the project in response to some residents’ fear about building low-income housing in a neighborhood that was already struggling. 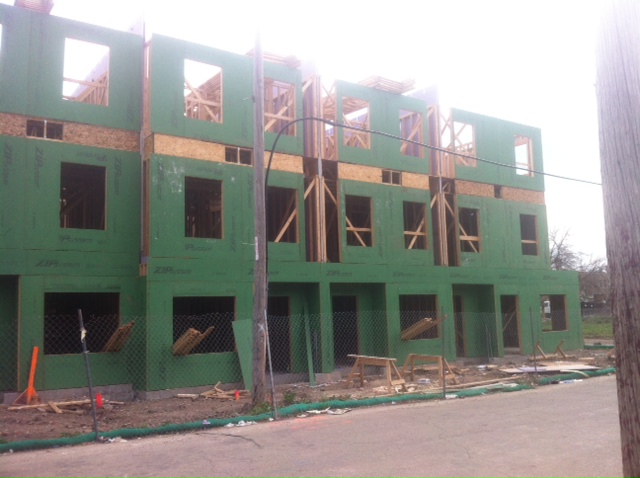 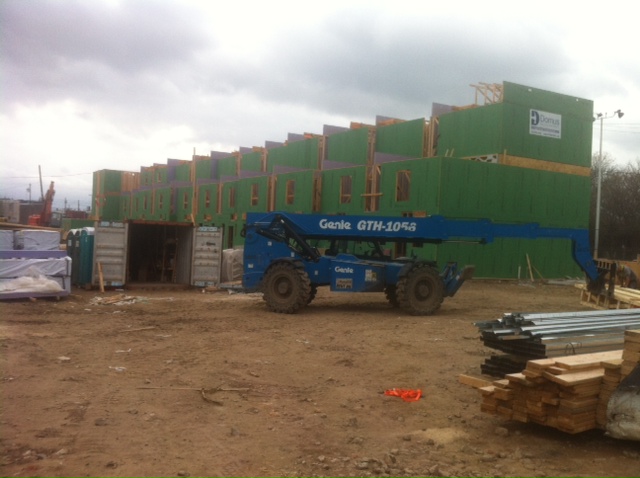 Many neighbors criticized Richard for supporting the development; he even lost a couple congregants as a result. But he stood firm because he felt Grace Town Homes would make the neighborhood better in the long run:

“Gentrification is moving into that area and these homes… [will] remain affordable. This will help to keep some of the long term residents in the community that they love, living in a new home that they can afford and be proud of both their home and the community in which they live.”

Richard reached out to neighbors who disagreed with him to try to resolve their differences so they can continue work together to help the neighborhood, “because we are still one community,” as he put it.