I’m a friendly fusser, always getting things cleaned up and fixed.

Since being elected as Block Captain in 1996, Wilma has been the driving force for annual neighborhood “sweeps” of streets and alleys. Councilman Johnson recognized her years of service at the 2019 Block Captain Forum with a citation.  The numbers of volunteers and blocks involved have grown over the years. After last November’s election (2019), a twelve alley clean-up was done with CLIP (Community Life Improvement Program) and local block captains.

Don’t complain if you’re not going to be part of the solution. I realized that some of the children in the neighborhood didn’t understand that fact, so I had to educate and show them…I challenged them always about cleaning out front and the alleys, shoveling the snow for the elderly and ladies because it’s the right thing to do.

Wilma has also been working with students from Villanova University through their annual “Day of Service” project since 2004. Students who start in the annual project as freshmen want to continue every year and go to “Miss Mack’s” home. Wilma describes herself as “godmother” for the day- beginning the day with a prayer and chants of “Vill-a-no-va!” Wawa provides lunch. For the 2018 clean-up, 480 volunteers from Villanova covered 40 square blocks with cleaning and painting activities, including grounds at the Memorial Baptist Church.

Wilma gets a stipend from this project every year to purchase supplies for the massive cleaning effort. The project rotates to other nearby blocks. She works with 12 other block captains to coordinate.

Wilma’s focus on “clean-ups” is not limited to streets and alleys. She is also Vice President of HMC2 (Haddington, Morris Park, Cathedral Park and Carroll Parks), her local RCO (registered community organization). This community alliance works to improve the quality of life for residents in these working class neighborhoods. 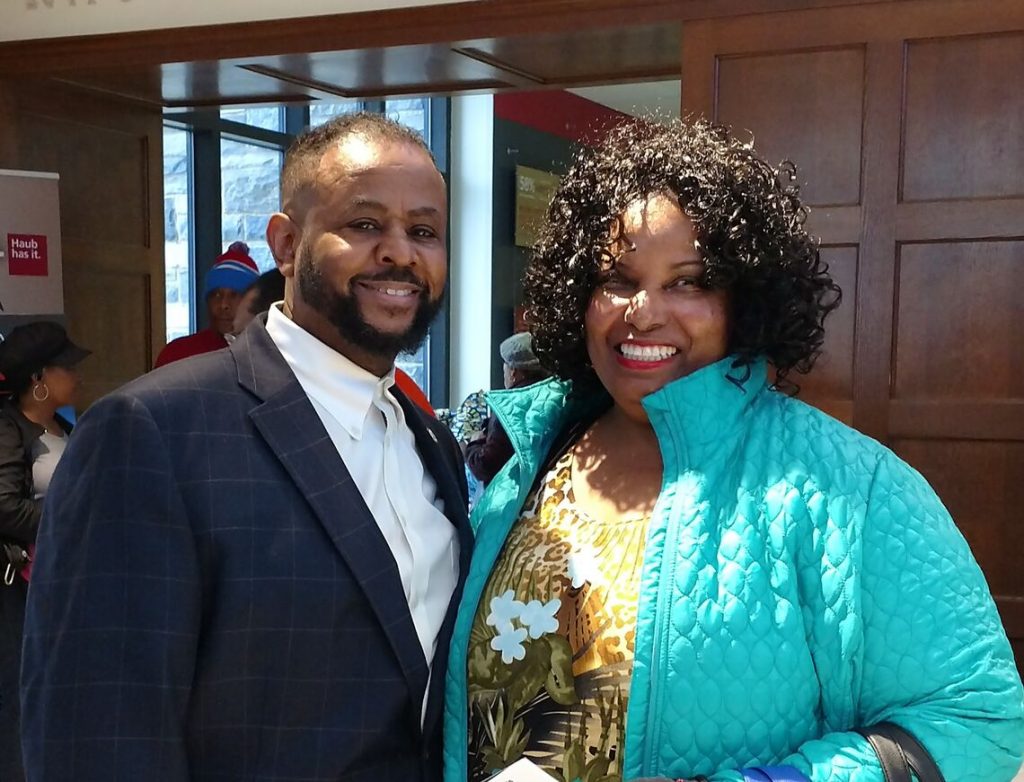 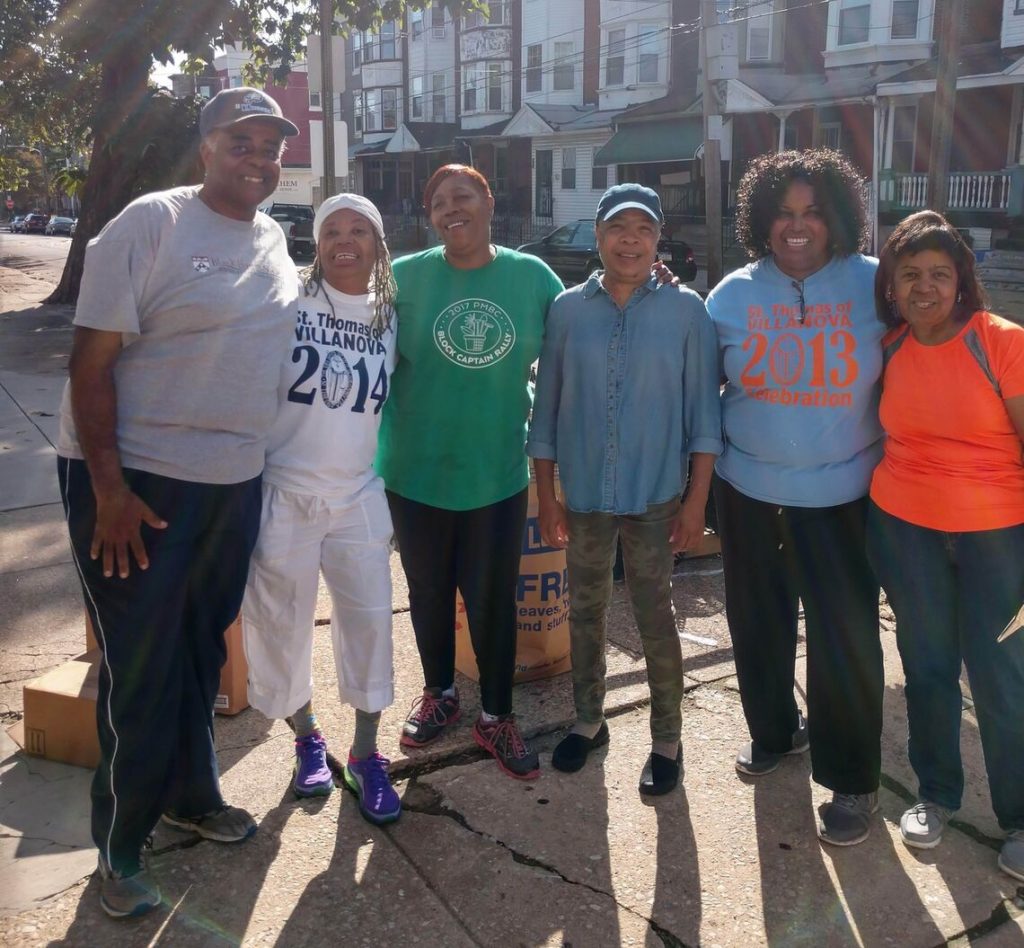 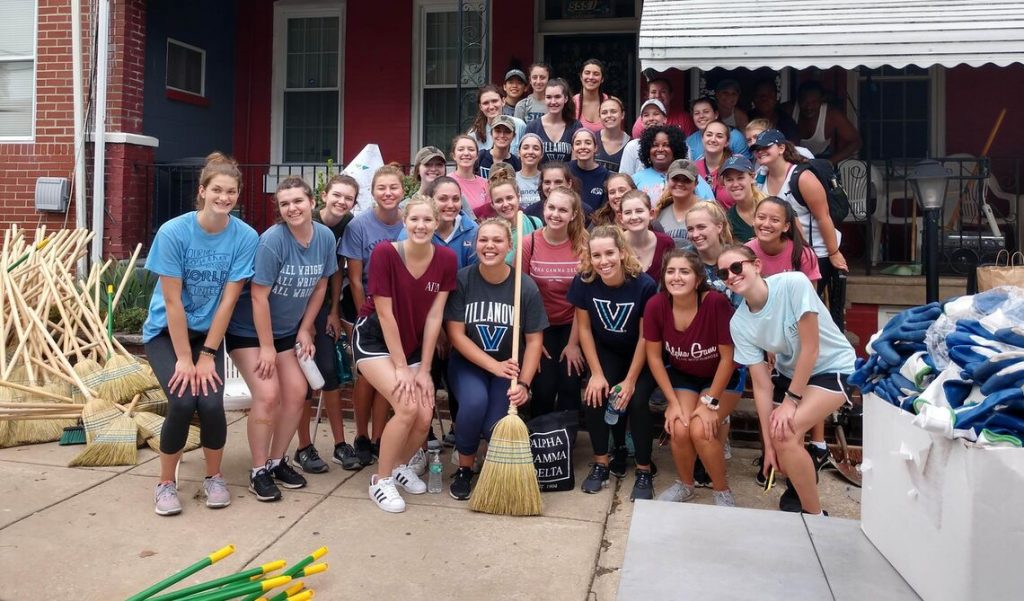 HMC2 helped form a Park Friends Group for Carroll Park working to revitalize the park, a five-acre park located between 58th and 59th Streets and W. Girard Avenue and W. Thompson Street. Wilma is on the Board of this group, contributing by arranging programming in the park, such as “oldies but goodies” movie nights. Other recent activities have included the painting of all 40 park benches, and working with Bimbo Bakeries USA to clean up and plant trees and flowers in the park.

Wilma says CPI has helped her to organize, really plan, have an agenda, and focus on what she wanted to get done by working in partnerships. She reaches out to people in her neighborhood by networking and emailing to share the knowledge and empower others.

CPI told us to focus on one thing and do that really well….Street by street, everyone takes a zone, and the whole neighborhood gets clean.

Wilma continues to focus on keeping things clean in the interest of a better quality of life. She says, “If I came back in a second life, my name wouldn’t be Wilma Mack, but my initials would still be WM- for Waste Management!”

The CPI class was simply awesome. I learned about planning for the seasons, using resources such as CLIP and 311, and getting youth excited and involved…Every concerned citizen should take the CPI class and any other class offered to improve their neighborhood. Get the 311 app and if you see something, say something!