I'm working to make Hestonville a model neighborhood for the city.

Sheila Buchanan is a longtime resident of the Hestonville neighborhood in West Philadelphia. She has completed a wide array of advocacy work throughout her neighborhood. Her passion and dedication to improving her beloved community are what drove her to apply for the Citizens Planning Institute. She says CPI has given her the courage and knowledge to continue the amazing work she has been doing.

I’m working to make Hestonville a model neighborhood for the city.

This historic neighborhood, named after its founder Edward Heston, used to comprise of nearly 100 acres. Although, as development began to surge in nearby neighborhoods, Hestonville slowly disposed portions of their land. Since then, the neighborhood has seen disinvestment, high vacancy rates, and more recently threats of gentrification. During the time of Hestonville’s disinvestment, Sheila’s son asked her if they could move out of the neighborhood because he thought it was ugly. Instead of agreeing and moving, Sheila sought to be the change in the neighborhood and rebuild it herself. This is what lead Sheila’s memorable work as a community advocate.

The main project that Sheila completed in her neighborhood was implementing the Heston Park and Rain Garden. Sheila, along with the Hestonville Civic Association, the Philadelphia Water Department, The Philadelphia Horticultural Society, Parks and Recreation, and Philadelphia Mural Arts all worked together to create what is now a staple in the Hestonville neighborhood. This project was able to turn one of the many vacant lots into a green space. This park now reduces storm water runoff and gives the community a safe and enjoyable place to gather.

This project was a part of the Philadelphia Water Department’s Green City, Clean Waters vacant lot restoration program. The park now features a gazebo, new benches, a water-themed mural painted by two local artists, and new infrastructure to ensure the park’s safety and longevity. Sheila has been working since 2003 to get this park up and running and credits CPI for giving her the courage and knowledge to see this project through.

CPI gave me the courage to do this and keep fighting.

Sheila is an active member of her community. She is the Co-Founder of the Hestonville Civic Association and the Founder/Chief Officer of Operations of the Philadelphia Chapter of the Caribbean American Heritage Foundation of Pennsylvania. She is continuing to work to make Hestonville a safe and desirable neighborhood. But it is also faced with new threats of gentrification. Sheila acknowledges her cohort and CPI for teaching her that she’s not alone in this fight. Other advocates are facing the same challenges. This fact helped give her motivation to continue the advocacy work within her neighborhood. 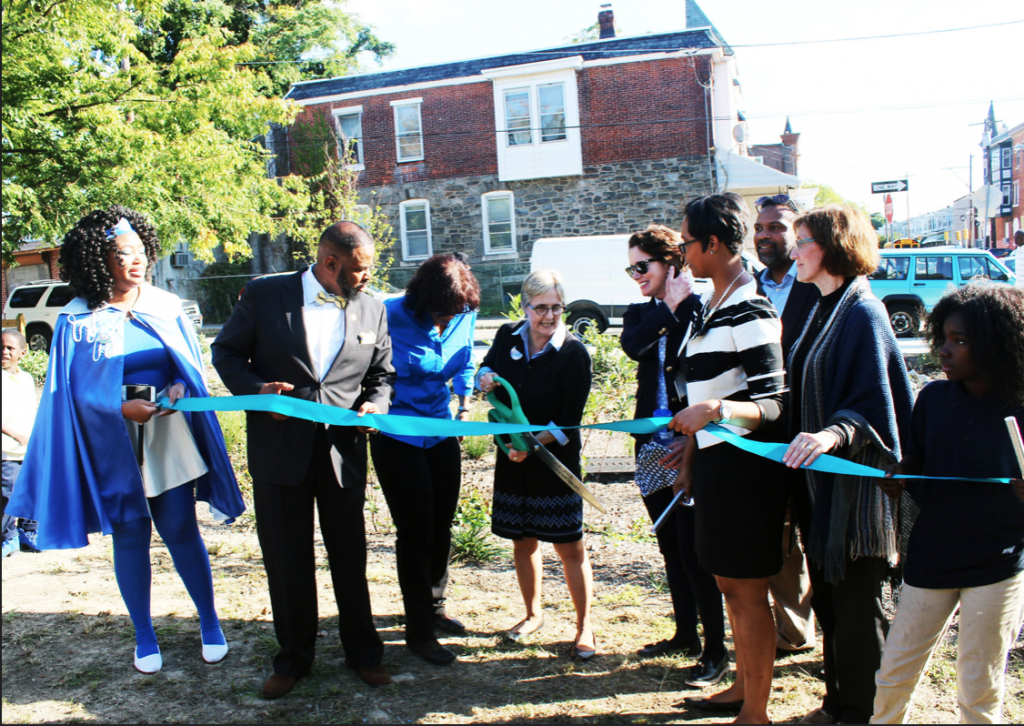