Ruth Birchett had a problem with illegal dumping of trash in her neighborhood. The 1900 block of North Hemberger Street, which runs behind Ruth’s block, was filled with mattresses and tires. “For the past 9 years I’ve been babysitting this block”, Ruth, a Block Captain, declares proudly.

CPI taught her new resources she could use to improve her neighborhood. After completing the course, Ruth was inspired to launch the Back Street Beautification Project.

To tackle the illegal dumping, Ruth and a group of Junior Block Captains went to their local Streets Department sanitation drop-off site, and met with the supervisor to discuss clean-up options. The supervisor offered to drive through the block that evening, and met Ruth and her neighbors there. A month later, he was outside Ruth’s door with a crew, several 18-wheeler dump trucks to collect the debris, and bulldozers that pushed the mattresses down the block. Ruth recalls how CPI inspired her to reach out to the Streets Department.

I’ve done community problem-solving for a long time, usually by myself. CPI gave me the urge and nudge to try to reach out to people.

With the help of other fellow community members, Ruth continued and expanded her beautification efforts. 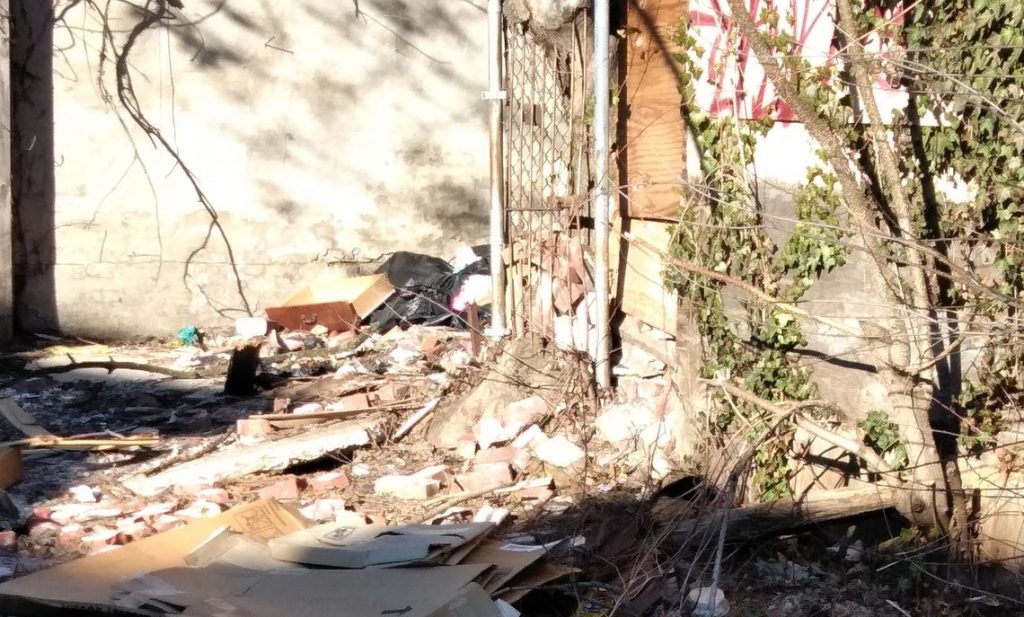 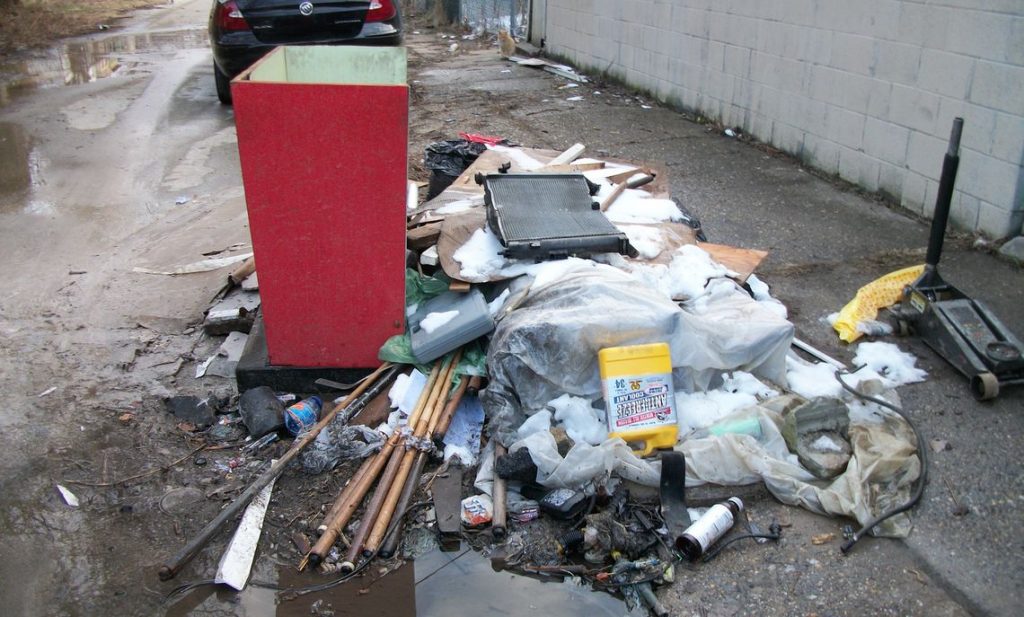 Trash illegally dumped on the 1900 block of North Hemberger Street 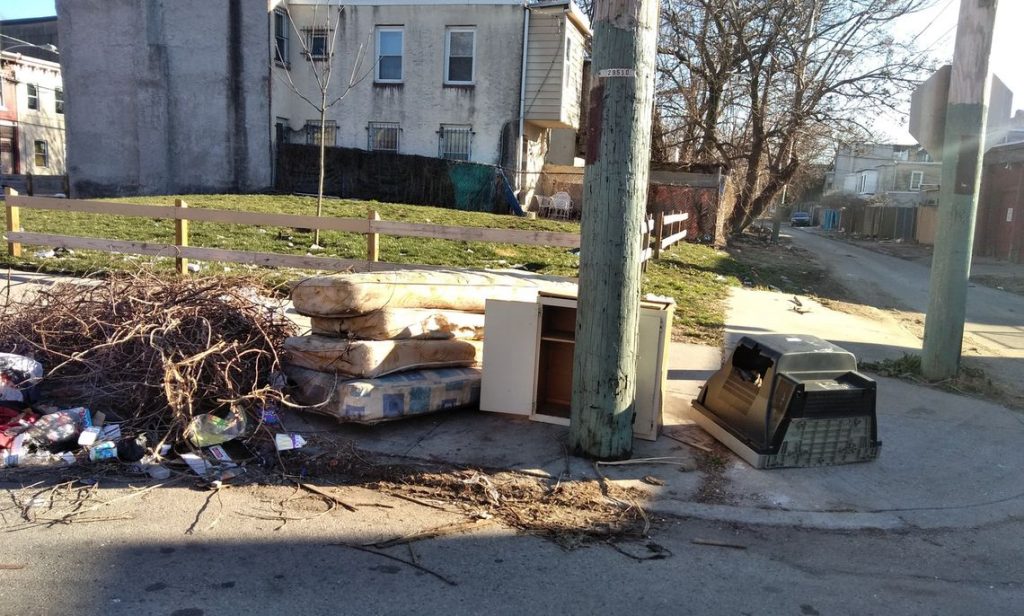 Ruth then reported the light that was out to 311, and soon after the Streets Department came out to fix the problem.

Getting the whole block involved

Next, Ruth organized a painting day. She and neighborhood kids painted all the utility poles in her area a vibrant teal color, inspired by the teal door on Ruth’s home. She also purchased six “No Dumping” signs and placed them on some of the poles to try to protect and preserve their hard work.

When Ruth told Betty Knight, a senior who has lived in the neighborhood for over 60 years, that she was going to buy decorative flags to continue beautifying the block, Betty not only drove her to the store, she purchased the flags and offered to put flower baskets on the poles!

Ruth collected artificial flowers for the baskets, brightening the neighborhood. All these projects had a collective impact.

It became a beautiful block with these kites, flowers, teal poles. CPI really rejuvenated my whole efforts in doing this kind of community service. I was so motivated the stories my classmates and instructors shared, about how they did a seemingly impossible project and had positive outcomes that impacted the community.

Ruth is also quick to acknowledge all the contributors to this success. “It’s not just my victory, it belongs to the older generation, my generation, and the children! We all did it.” She recounts the different ways neighbors pitched in.

It’s had a lasting effect. We’re training up leaders. 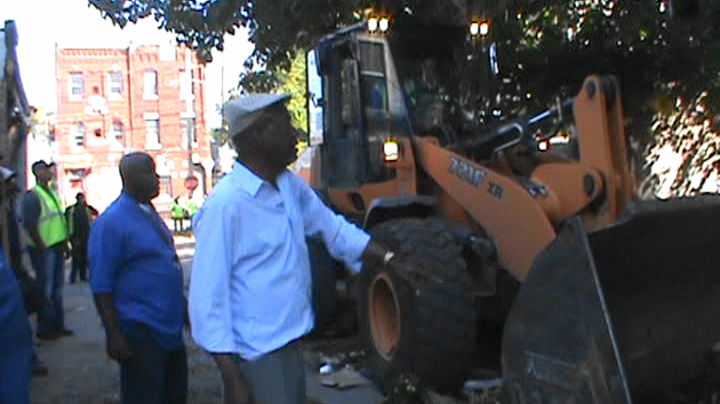 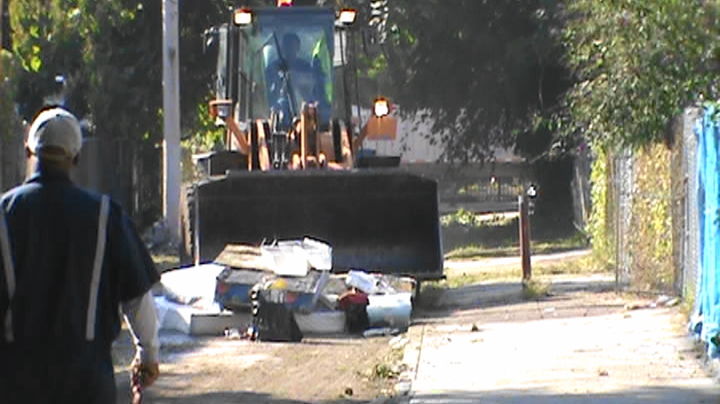 To continue improving the alley, Ruth plans to start a Town Watch through Heritage CDC. She hopes to have a cook out, and give out certificates to acknowledge everyone who contributed to the improvements. She also aspires to work with the Mural Arts Program to have some mosaics done on the cinder block fences around the neighborhood.

Before taking CPI, Ruth would sometimes catch contractors illegally dumping, and would approach them with her phone and pen and notepad, write down their license plate and tell them she was going to call the police. While that was sometimes successful a few times, she describes how CPI deepened her impact.

CPI gave me perspective on how to problem solve in a broader and more permanent way. That there are City agencies that can help beyond me going up and down the block spraying Round-Up to try to kill the weeds, clipping vines myself, and scaring away short dumpers. That I can actually work with the Streets Department to remove materials that are too dangerous for us to remove through a community clean-up. No one had to touch that stuff.

Ruth’s neighbor, Ms. Judith from nearby Croskey Street, has begun seeking help from a variety of City departments and other organizations, inspired by Ruth’s example.

Recently she attended a community meeting and met with people from the Pennsylvania Horticultural Society’s LandCare program. She put in a request for the lot bordered by Norris, Hemberger & Croskey to be beautified—and it worked! Now the lot is fenced with and grass has been planted along with two trees .

With an alley, comes alley cats

Ruth’s neighborhood work goes beyond beautification! Recently she and her sister have been working with the Humane Society to address stray cats in the neighborhood.

The Humane Society provided them with humane traps which allows them to capture the cats, spay/neuter them, provide a physical exam and rabies shot, and re-release them. 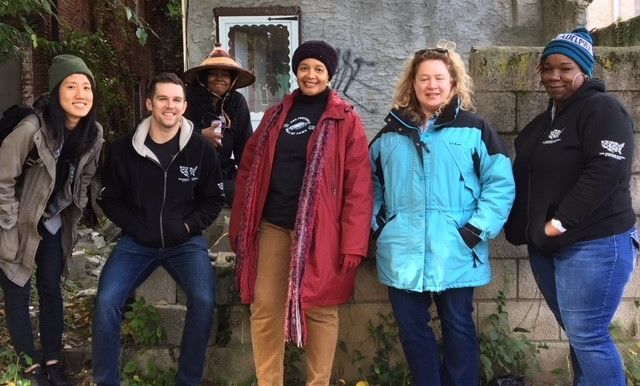 Ruth got the Humane Society to trap/spay/neuter and release the stray cats on the block. Pictured: Humane Society employees including one from out-of-state who visited to see the block's work, Ruth, and Ruth's neighbor and alley cat caretaker, Winter.

Collectively, Ruth and her sister have rescued over 50 cats and kittens, and the difference on the streets is noticeable.

It’s been an amazing partnership. We’ve caught cats that have been pregnant, ones with health problems like upper respiratory disease. The Humane Society has even been able to provide cat food to residents that have chosen to look after some of the strays,  It’s been quite beneficial to our community.

Keeping rats, raccoons, and mosquitos away

Ruth is also working to improve and protect the health of her neighbors. She reached out to Department of Public Health to inform them of two different species of mosquitoes in the back alley. In response, the Department of Public Health installed mosquito traps to study what kind of mosquitoes are present and if they are carrying any diseases. They provided Ruth with brochures that she passed out at her block meetings about how residents can prevent mosquito hatchings and minimize related health risks.

The Department of Public Health also provided residents with services and literature on rats and raccoons after Ruth informed them many residents have reported sightings. She adds, “They’ve done some treatment to try to abate the rats, and I’ve let it be known at our block meeting that they will come out to no cost to abate if you have a rat sighting, because they’re a health threat to the community.”

Ruth has some advice for others interested in getting involved in their neighborhoods: print out a map of the area you plan on improving. When CPI staff printed such a map for her, Ruth says it got her thinking about each parcel of land, whether it was a house in use or disrepair, or a parcel of land that was blighted or beautified. This, in turn, helped her identify the problem spots she needed to focus her efforts on. Combined with the inspiration and support of her fellow Citizen Planners, CPI prepared Ruth for the impact she’s already had and bigger projects to come.

CPI is growing community spirit in Philadelphia. It builds your capacity to problem solve. It keeps you from burning out. If you’re there, you’re already civic-minded, it’s already in your heart. But it helps when you’re equipped with the knowledge of how to solve problems, and see how other people are solving problems. The comradery that develops between classmates, between civic minded people from around the city, is priceless.