I’m working to stop litter at its source on North 5th Street.

Philip Green is such a go-getter he is improving both the far north and far south ends of 5th Street! And on top of all that, he makes time to set up a delightful teepee in different parks across the city. (More about that later).

By night, Philip is involved in his neighborhood of Lower Moyamensing, where he helped launch Leafy Streets Tree Tenders, a PHS tree tender group greening South Philly from Broad to 5th Street, Snyder to Oregon Avenue.

Back when Philip took CPI in 2011, he was an AmeriCorps VISTA at N5SRP. Since then, he has risen in the ranks from Community and Economic Development Coordinator to Interim Director to Co-Director!

How did CPI help him in his career growth?

CPI taught me how forward-thinking planning and good zoning can help blocks flourish. It also made me realize that community consensus building and bottom-up change is a key component of how this city functions.

CPI introduced me to folks young and old who spent their spare time digging deep into city code and regulations for the love of their neighborhoods.

We’re proud to have contributed to Philip’s success on North 5th Street! His accomplishments include dramatically decreasing the amount of litter and improving safety on the commercial corridor.

How did N5SRP do it? To address litter, they took a three-pronged approach. 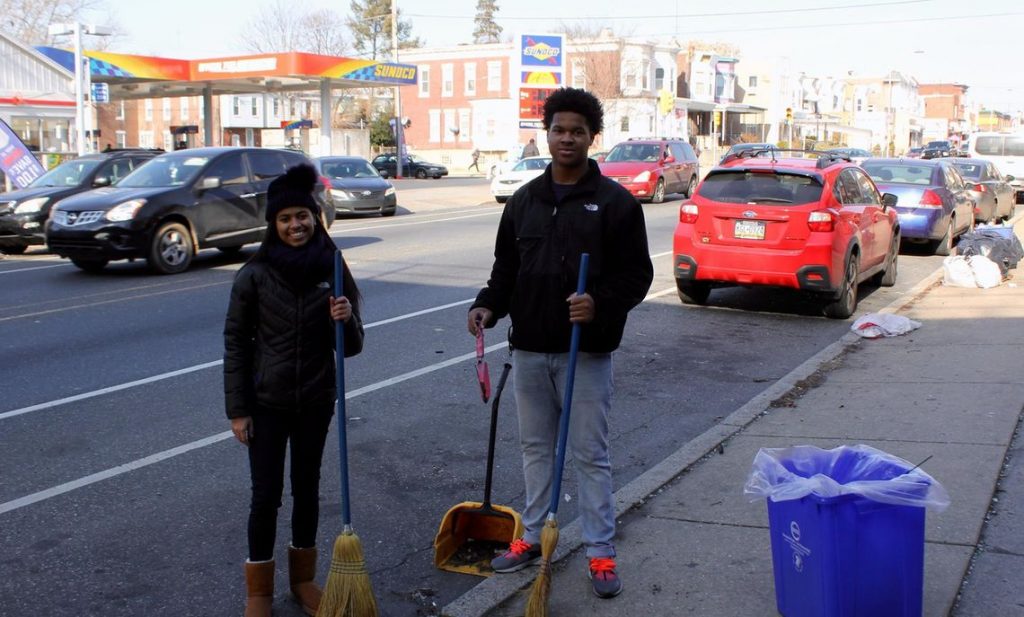 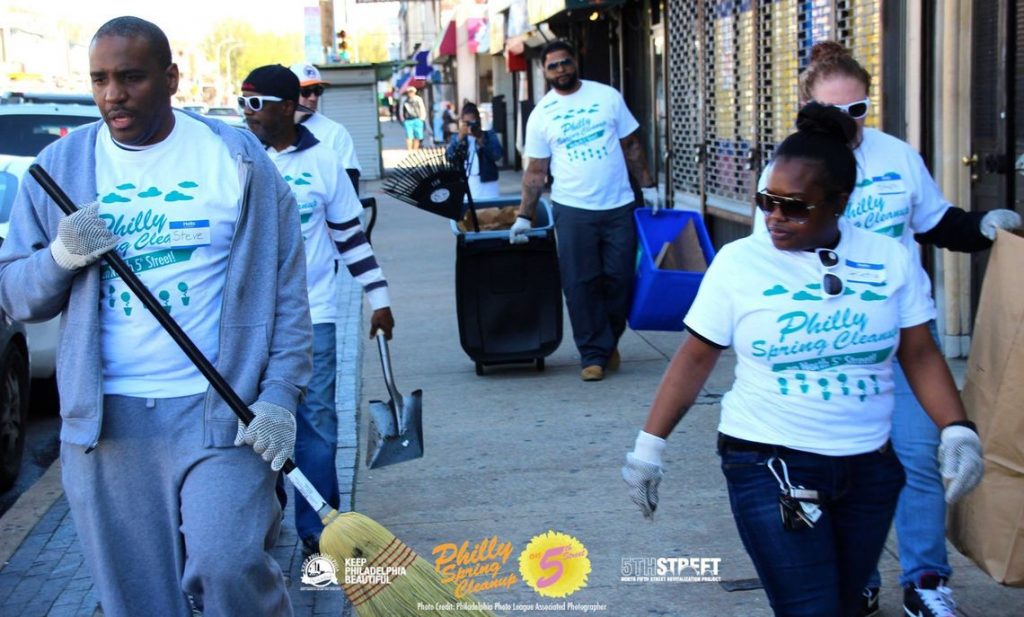 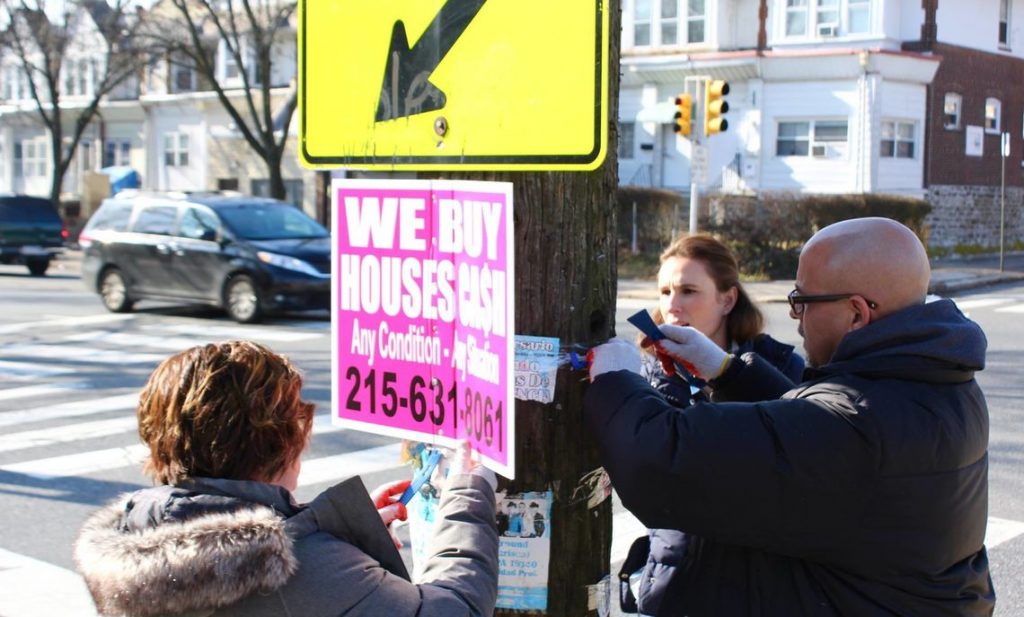 2: Do outreach to residents & business owners about litter prevention. 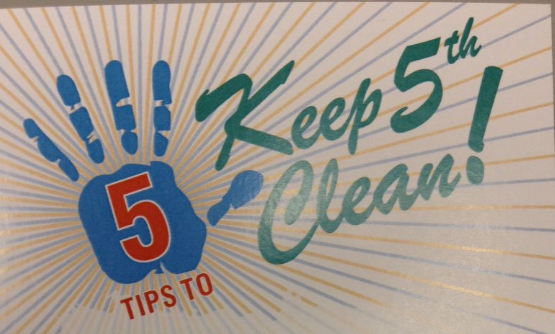 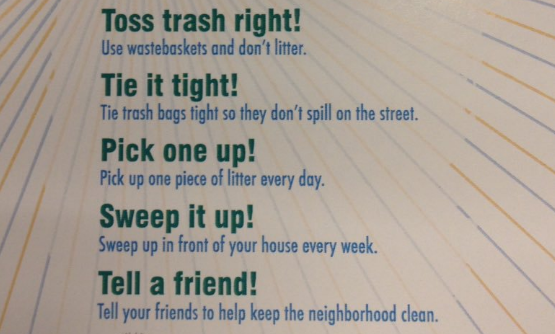 At a July 2015 community meeting, 45 neighbors attended and reported feeling safer than they had in years, thanks in part to the improvement in cleanliness.

Safety is also being addressed by Philip by building trust between the police and merchants on 5th Street, through serving as a liaison between them. He hosts joint meetings twice a year to encourage communication. N5SRP also works to educate merchants on what they can do improve their business’ safety. 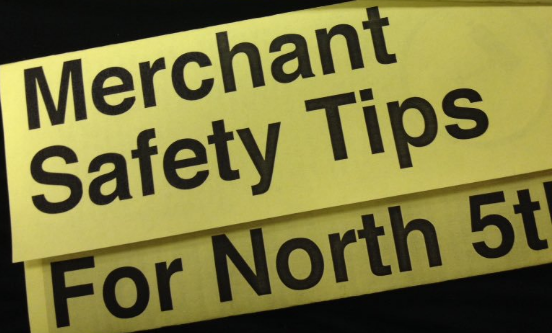 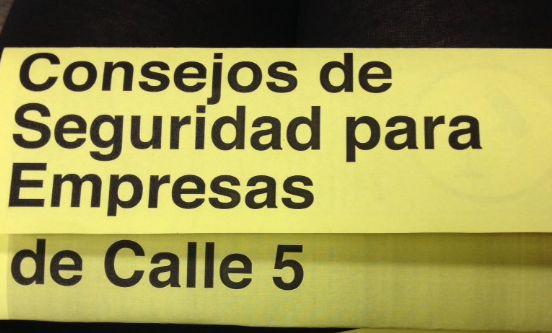 For example, they advise merchants to not block their front windows with posters and ads, as they’ve found that customers prefer to shop in businesses where you can see in and out of the front windows.

This has resulted in some merchants removing excess signage from their windows, and making creative window displays of their goods. N5SRP even partnered with Drexel’s Design & Merchandising program to have students help design store window displays.

Now that N5SRP has decreased crime and litter, North 5th Street merchants and Olney residents are more interested in promoting their corridor.

They’re feeling like the corridor is a lot cleaner and safer than it has been in previous decades so we can turn our sights toward other things.

Philip and the N5SRP team have hosted two wildly successful food tours with many more on the horizon. It’s Fall 2016 food tour was in partnership with Young Involved Philadelphia and introduced Olney to a dozen highly impressed foodies.

The tours always sell out, so to ensure that as many people as possible get to enjoy the deliciousness of North 5th Street, Philip created self-guided tours which are available on the N5SRP website.

Philip says the idea for the tours came from N5SRP’s Advisory Board, which identified how much neighborhood residents value the diversity of Olney.

On top of all that, Philip found time to build a large, 18-foot tall teepee, which he sets up at random in different parks across the City. 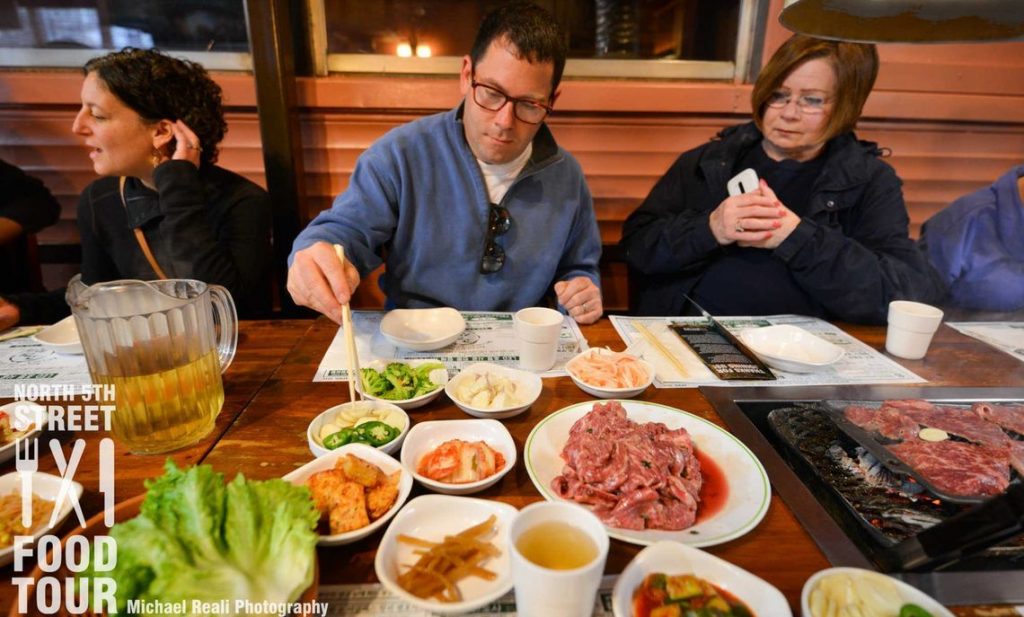 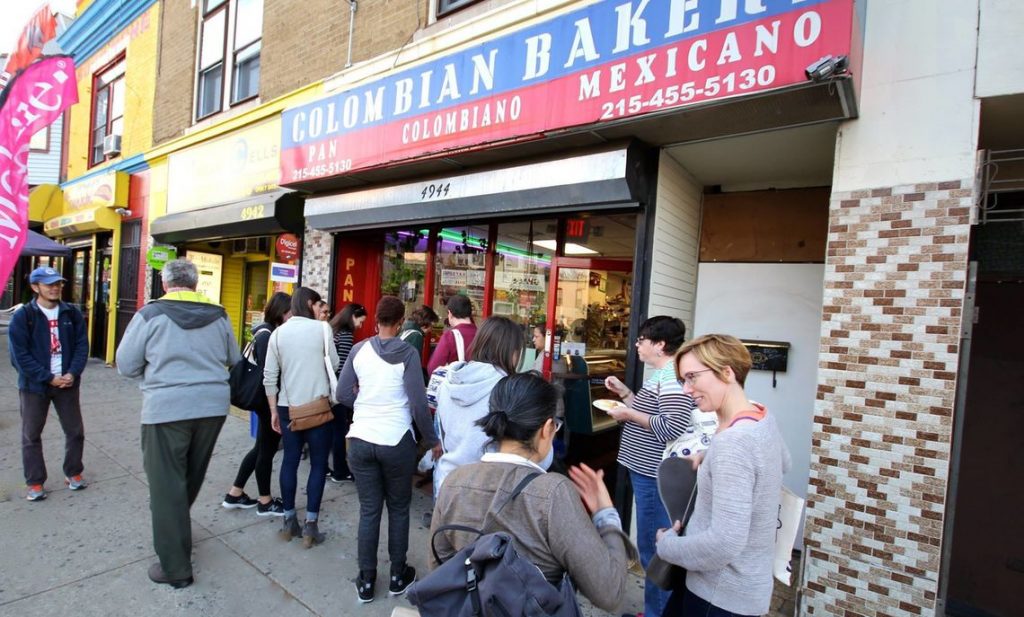 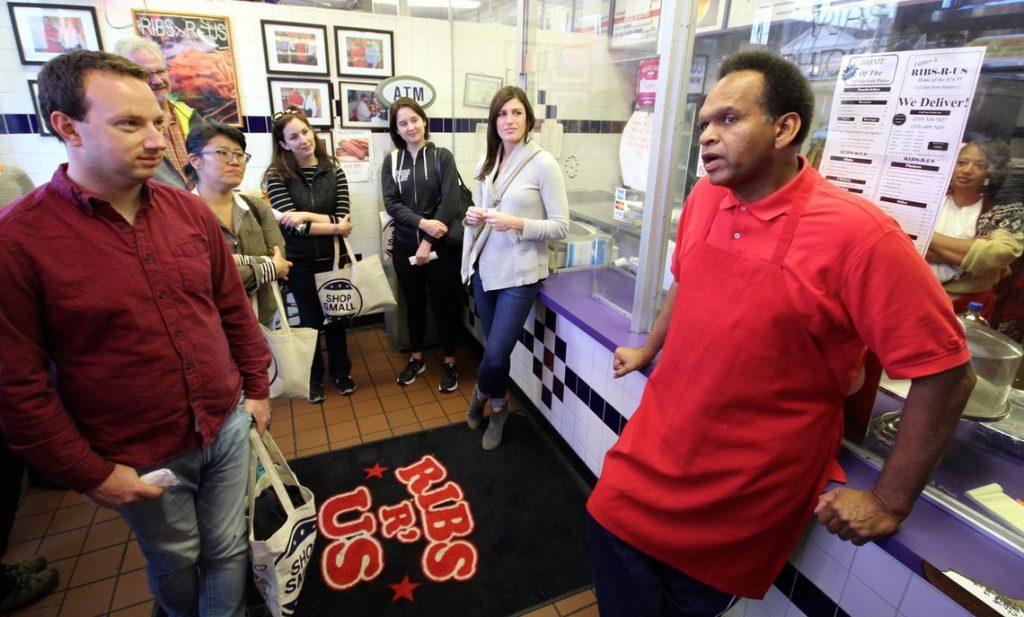 He uses it to delight, to bring strangers together, and to inspire mindfulness and connection with the earth. Once Philip started setting up, he realized it fulfilled another role. As he puts it: 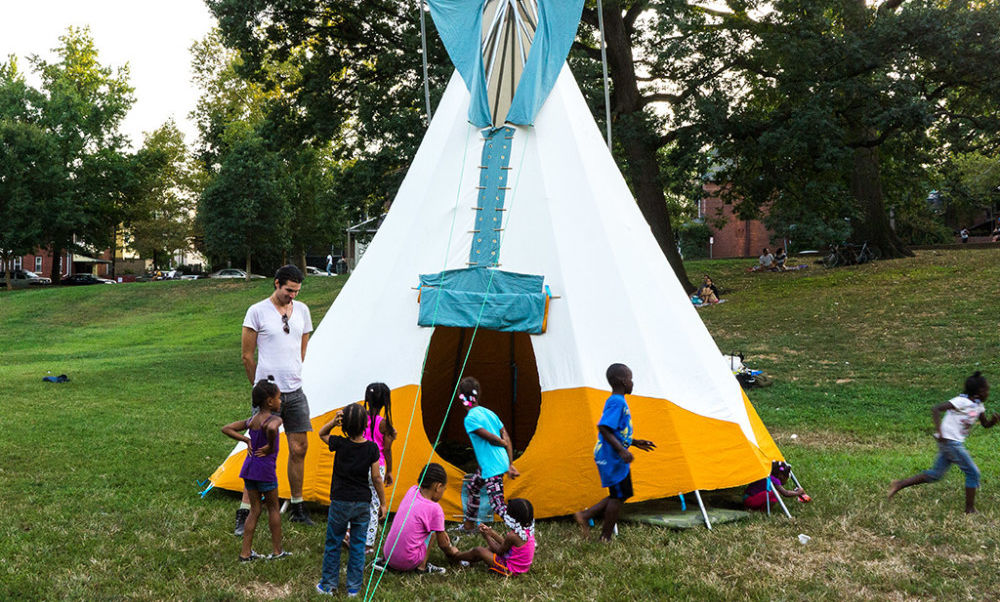 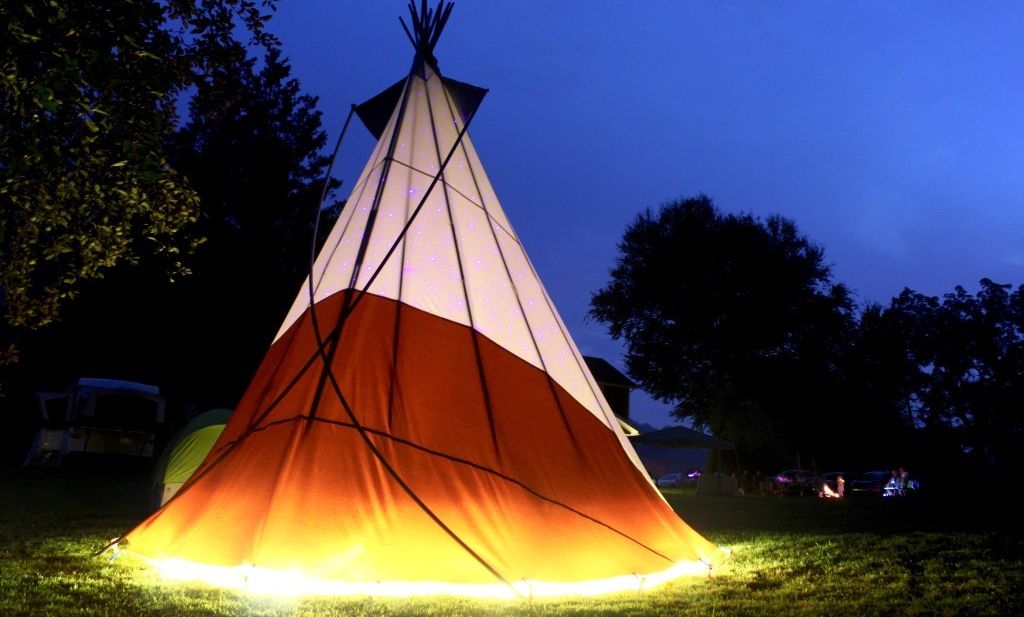 Philip also returned to CPI in Spring 2016 to instruct an elective on commercial corridors, and received Philadelphia Association of CDC’s Rising Star award in 2015. 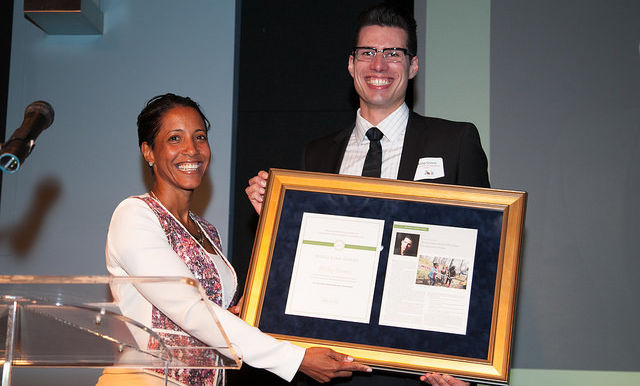