I’m trying to bring more arts to the Northeast because it’s something different, and I’m really proud of the work we’ve done.

Mia graduated from CPI in Spring 2014. She knew when she joined CPI that she wanted to make a difference in her community. Before CPI, Mia served as Executive Director of Mayfair CDC. In this role and as a member of several other organizations, Mia helped build the Mayfair Memorial Playground. She also volunteered there. For example, she helped create Le Dinner en Pajamas, a fun public “pop-up” dinner that invited community members to share a meal. She also worked to start the Mayfair Business Improvement District. Mia was chosen as a District Constituent Service Representative for Rep. John J. Taylor in his Mayfair office.

A self-proclaimed “dabbler and appreciator” of the arts, Mia is an arts advocate in her community.

Through the Mayfair Arts Initiative, Mia began collaborating with Mural Arts. Their goal was to bring a mural to Mayfair. This May, she finally succeeded in this mission. A mural by artist David Guinn was recently dedicated at Frankford and Cottman. Titled “Growth and Continuity,” it is the first mural in the Northeast. The mural portrays a block of rowhomes behind a wave of color.

I love connecting people to people who can help get those projects off the ground.

Through her involvement with the Mayfair Arts Initiative, Mia met Barb Bauer. Barb is LAB Coordinator of The Tacony LAB Community Arts Center. Since then, Mia has supported the LAB. She attends classes and supports fundraising efforts.

There [are] a lot of working artists in the Northeast. Barb is a jewelry designer by training. We’re trying to bring people out of the woodwork and establish a creative community in the Northeast.

Mia is also a Board Member of Wings of Paper, a non-profit theater company. Mia has worked with their staff to bring more of the arts and public performances to her community. The group has organized plays and open mic nights. Wings of Paper even created a Mayfair’s Got Talent event!

There’s no place like that in the Northeast. I want it to be a gathering place and a social center.

Mia hopes to help these individuals develop the skills to find steady jobs. She also hopes to provide programming like job training for the community.

CPI has played a large role in Mia’s work. Mia has worked with Citizen Planners in the Northeast like Dana Russikoff (CPI Spring 2019) and Pete McDermott (CPI Spring 2012). Mia is also connected with Luka Lakuriqi (CPI Fall 2015). They often discuss their interests in using art and design to ignite change. Luka was also Executive Director of Mayfair CDC when Mia was on the Board.

Through CPI, you’re introduced to people who have experience in the things that you’re looking to do in the City. It’s a name, it’s a title, it’s an email, and it’s information. You draw inspiration from [instructors and members of CPI] to chart your own course. It’s such a huge thing to have a name or an introduction to say, ‘This is what I want to do.’

Mia continues to connect with other CPI alums and community members.

[In CPI], nobody has ever said no to helping somebody. You know you’re not by yourself in wanting to change things at a community level. 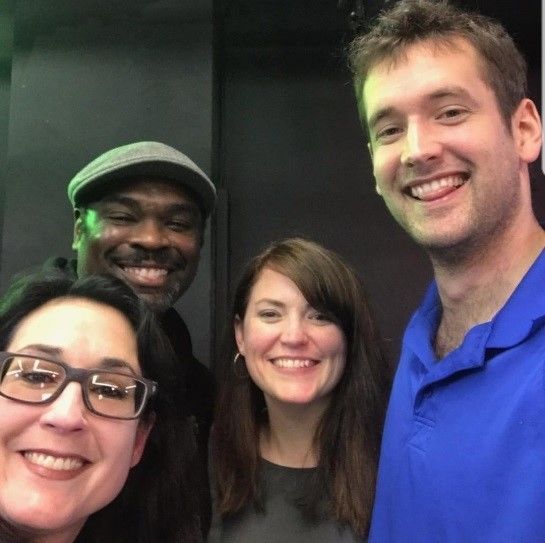