We cleaned up 20 years' worth of trash in Harrowgate Park.

Marissa started CPI as someone who was new to her neighborhood, and didn’t have previous community organizing experience. She left CPI as the secretary of her neighborhood civic association and the leader of the Friends of Harrowgate Park, with a successful clean-up under her belt to boot!

I’m 100% a product of CPI. Before the program, I didn’t know anything or anybody.

How quickly that changed! Marissa started CPI thinking she was going to make a plan for cleaning up her neighborhood’s Harrowgate Park sometime in the next year.

Instead, she met fellow participant Leroy Fisher, who had been remarkably successful in working with Hunting Park United to revitalize his neighborhood park. He sent Marissa the names of all the people he knew through his park revitalization work and invited her to events and meetings so she could meet them.

I went from knowing no one to knowing a ton of people who could really support me in what I wanted to do.

Instead of making a plan and starting next year, Marissa was able to hold her first park clean-up while she was still participating in CPI!

Through Leroy’s assistance and additional information from the CPI elective on Urban Green Spaces, Marissa was able to create a Friends of Harrowgate Park group, register for the fall Love Your Park clean-up day, and host a successful clean-up where almost 40 people showed up! 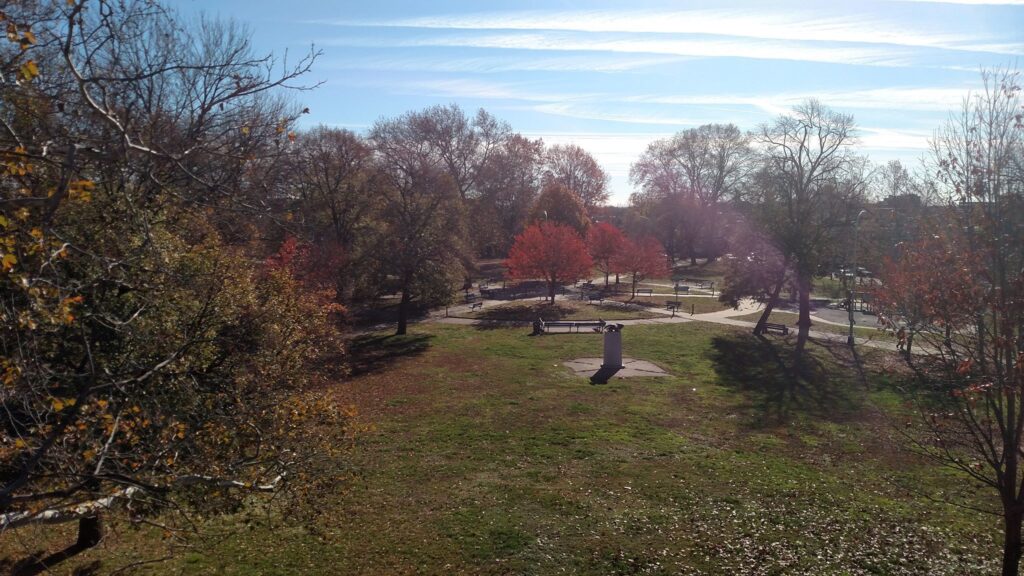 It was the first clean-up in that park in 19 years. People kept saying ‘I remember doing this in 1997.’ I couldn’t believe we were picking up almost 20 years’ worth of trash!

By the end of CPI, Marissa had also been elected secretary of the newly revitalized Harrowgate Civic Association. During her final project presentation, she told her cohort that the position was perfect for her because it allowed her to mostly listen–an important opportunity for her as a new resident.

Since graduating CPI, Marissa has officially registered Friends of Harrowgate Park with Philadelphia Parks and Recreation, and the group will hold their first public meeting in March 2016. Starting with the May 2016 Love Your Park clean-up, they will host monthly clean-ups. CPI inspired Marissa and gave her the tools to achieve her goals.

I remember really well when [former Fairmount Park Conservancy Executive Director] Kathryn Ott Lovell spoke, because I realized that the people who worked in these big organizations in Philadelphia were really working for me and what I wanted to do. It made me realize that what I wanted to do was actually possible.