I started a civic association and RCO in my neighborhood.

Larissa Mogano started small when she bought her house in Cobbs Creek in 2006. It took her 10 years of getting to know her neighborhood, research, and baby steps to help form Cobbs Creek Neighbors Association!

First, she attended community meetings with long-established neighborhood groups like the Concerned Block Captains of West and Southwest Philadelphia. She began to hear a common refrain among the elders in attendance: that they really wished they had more young people involved, but didn’t know how to reach them.

To address this need, she decided to make an internet presence for the neighborhood. After a lot of internal debate about whether it was her place to do so, Larissa went for it. As she describes:

CPI taught me that if you’re frustrated by waiting for somebody to do something to improve things for your community, look in the mirror. You are somebody.

In 2009 she created a Gmail account for the neighborhood, and launched a blog where she would post event notifications, pictures from the community, and articles she thought might be relevant to anyone in the area.

Larissa didn’t gain a lot of readers and followers until she migrated the blog to the Cobbs Creek Neighbors Facebook page and started fervently reaching out to other associations to follow the page.

Before long she was getting e-mails and Facebook messages from people all over West Philly asking how they could get involved, or what they should do about some community concerns, or how she could help them. Even though she didn’t know a lot of the answers herself, Larissa would ask around or take to Google or one of the many listservs she belonged to until she had an answer.

And then in Spring 2011, Larissa took CPI, which greatly helped in answering those questions and building momentum towards forming a civic association:

Before CPI I didn’t know what I didn’t know. And you can’t ask for help if you don’t know where to begin. Now I have a base of knowledge from which to inform my own questions.

But, like any good community organizer, she didn’t form Cobbs Creek Neighbors alone. She realized she could be much more effective if she merged the digital presence (blog and Facebook page) with the live presence (meetings), so she started going back to neighborhood meetings to see if she could form a civic association.

Eventually, she ran into another community leader, Monica Allison, who had just moved back to Cobbs Creek from Cedar Park, where she had been involved with Cedar Park Neighbors. The two discovered they have a lot of the same goals for the community like bringing jobs, healthy foods and economic opportunities to the area, and that they work well together. 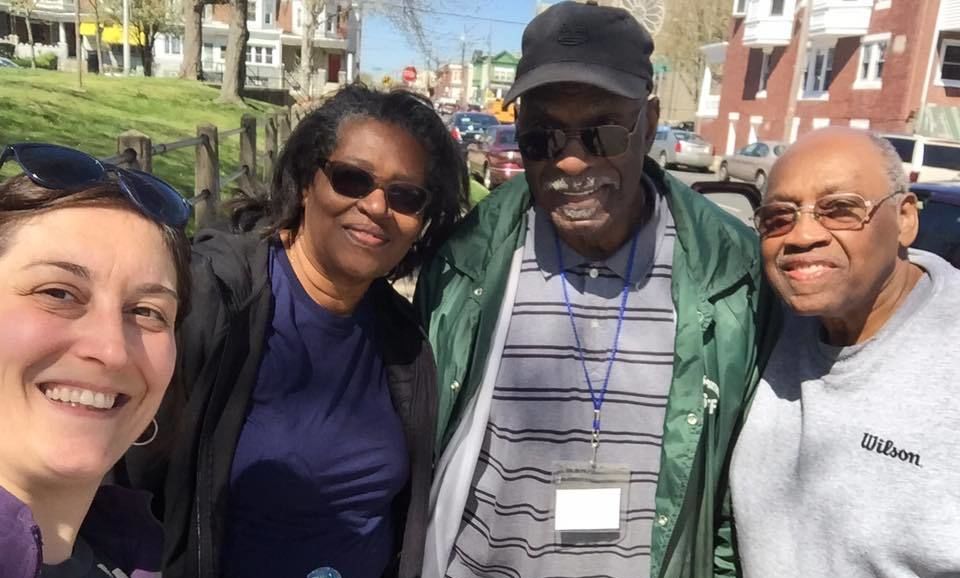 A neighbor who happened to be walking by stops to help with a park clean-up. 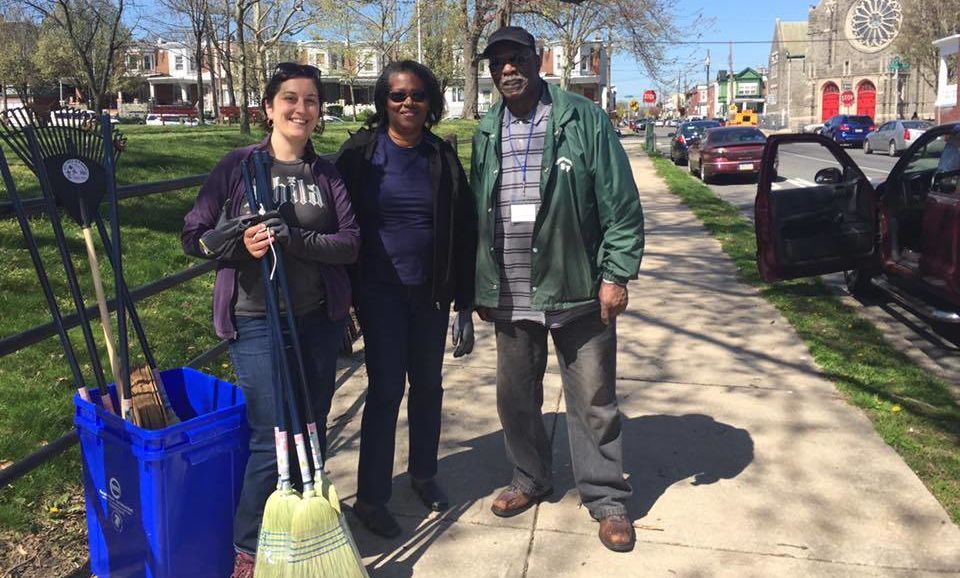 Cobbs Creek Neighbors Association had its first official meeting in February 2016. Their first project as a group was creating meeting rules and then by-laws, so they could apply to be a Registered Community Organization (RCO) with the City Planning Commission.

Cobbs Creek Neighbors Association was approved as an official RCO, and subsequently shifted their focus to creating partnerships with other organizations.

This included merging with the Blanche A. Nixon/Cobbs Creek Library Friends group, which allowed them to not only reach more people but help support their local library, an invaluable free resource and community anchor.

Since merging the group has been focusing on these and other community partnerships as a means to share resources and reach more neighbors, such as teaming up with a local CDC that offers financial literacy training, a high school diploma completion program and even a weekly ‘feeding the community’ program.

Also, in an effort to get more community members involved in local elections they plan to host community forums on candidates and ballot issues so people can vote from an informed place.

At every meeting, Cobbs Creek Neighbors tries to have a special guest speaker give a brief presentation. Guests have included representatives from the West Philly Skills Initiative job training and placement program, and Philadelphia Water, to speak on infrastructure developments coming to the Cobbs Creek Parkway as part of the Green Cities, Clean Waters initiative.

CPI continues to inform my work, especially with the electives they offer to alumna. I have reached out to several CPI instructors to invite them to present at our meetings, and I take advantage the private CPI-network Facebook group to get answers to questions from my fellow Citizen Planners and CPI instructors.

Co-hosting a well-attended Spring Fling at the library was one of their early successes. Guests included the Department of Behavioral Health and Disability Services, The Boy Scouts, CHIP, Senator Anthony Hardy Williams’ office and some ‘edutainment’ from a local company that teaches the sciences to youth. 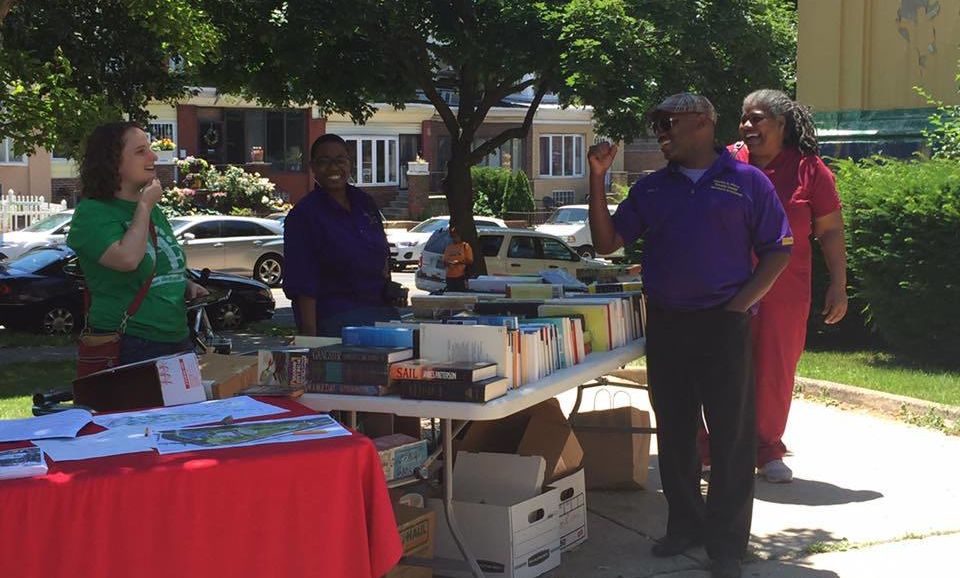 The Friends of Blanche A. Nixon Free Library at the used book sale table at the Cobbs Creek Neighbors Spring Fling, June 2016 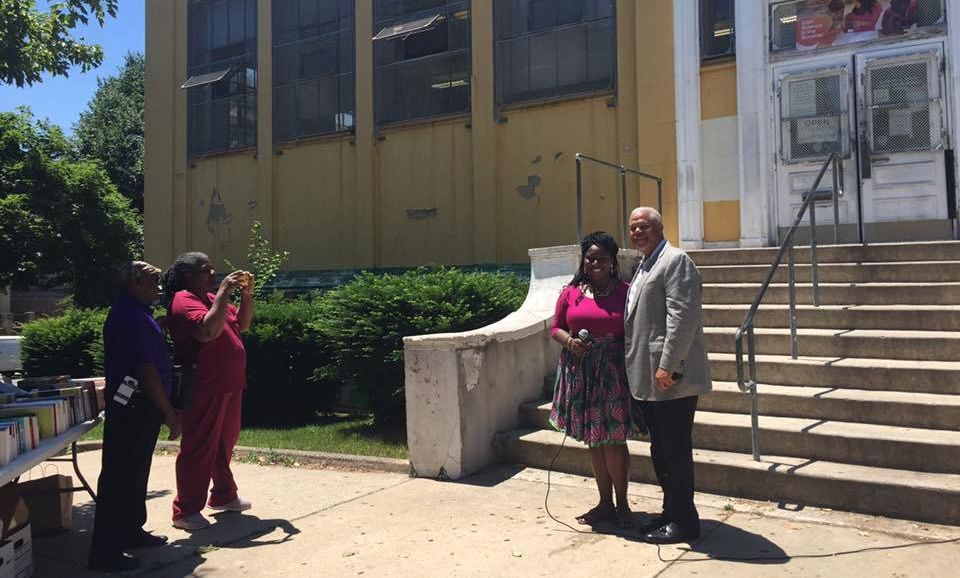 200 families were able to sign-up for health insurance for their children that day, and local politicians stopped by when an event they were coincidentally holding across the street ended. When they saw what a success the Spring Fling was, they asked if they could partner with Cobbs Creek Neighbors on future events!

Now the organization is working to build their board and establish sub-committees; so far they have a beautification and greening sub-committee and are working on developing programming to hold at Blanche A. Nixon/Cobbs Creek Library.

Larissa’s dream is to have a community-based Credit Union and supermarket co-op open in her neighborhood, which currently lacks financial institutions and sources for fresh, healthy foods. In addition to meeting those needs, she envisions such an institution as being a job creator, another neighborhood need. 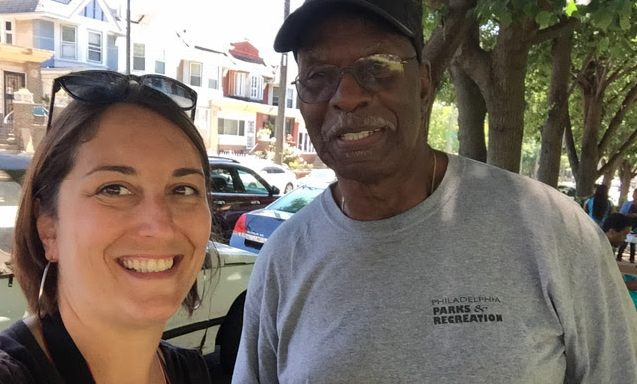 Larissa takes a selfie break during the 2016 Spring Fling with Mr. Bennie Swint, a park steward who cares for multiple parks in the community

Perhaps a fellow Citizen Planner or CPI instructor can help Larissa and Cobbs Creek Neighbors in pursuing in this goal! She describes the value of the CPI network:

Everyone that I’ve met in CPI classes is more than willing to share; the networking has been by far the best part about CPI…Everyone here brings something totally different to the experience, and that helps me learn how to help my own community.

In particular, Larissa stayed in close touch with Paulette Rhone from her CPI cohort. Paulette is the President of the Friends of Mount Moriah Cemetery, which is very close to Larissa’s house. After Larissa and her partner put in some time there volunteering at clean-ups, she even learned she has relatives buried there!

My fellow Citizen Planner, Paulette, has been a great inspiration, friend and even mentor to me.