Since graduating CPI, Aminata has gone on to get a dangerous property demolished, have a mural painted, beautify a vacant house, plant trees, get an intersection repainted, join her local civic association, and enroll in school for architectural design!

The October after Aminata completed CPI, she was walking from her house to the bus stop when a brick fell from the third story of a vacant building and nearly hit her…

“When that happened,” she recounts, “Wherever I was going was no longer important. I turned around, went back to my house, typed up what I experienced and took photos, and sent them to my Councilwoman’s office.”

Through tireless advocacy for her neighborhood and staying in constant contact with her Councilwoman’s office and the City’s 311 service, Aminata is happy to report that the dangerous building was finally demolished on December 28, 2014!

Aminata didn’t stop there. Once the building was gone, she began advocating for a mural to be painted on the exposed party wall of the adjacent house.

Persistence paid off again; in August 2015 she received confirmation that the Mural Arts Program will be painting a mural on the exposed wall of Edward Bradley, a former television commentator for 60 Minutes and West Philadelphia resident.

Aminata has tackled blight through traditional channels—such as the 311 system and her councilperson—as well as through creative approaches.

As for the latter, In January 2015, she approached Neighborhood Time Exchange, an artist residency with a strong neighborhood community service requirement. Working with artist-in-residence Macon Reed, Aminata had decorative boards made and installed over the plywood-covered windows and door of a vacant rowhome on her block.

People have pulled over when they drive by to ask how they could get artistic designed boards on properties in their neighborhoods, many people express how the art has made the block more pleasant. 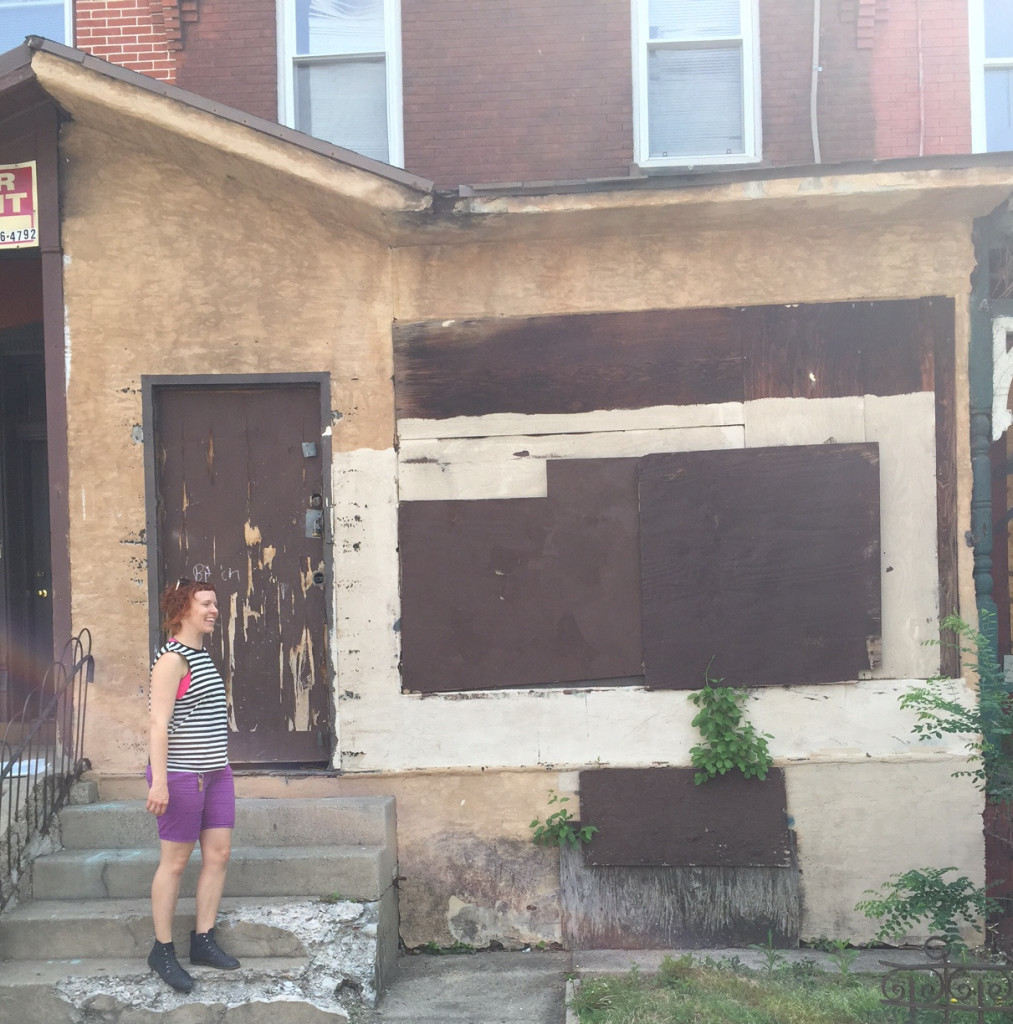 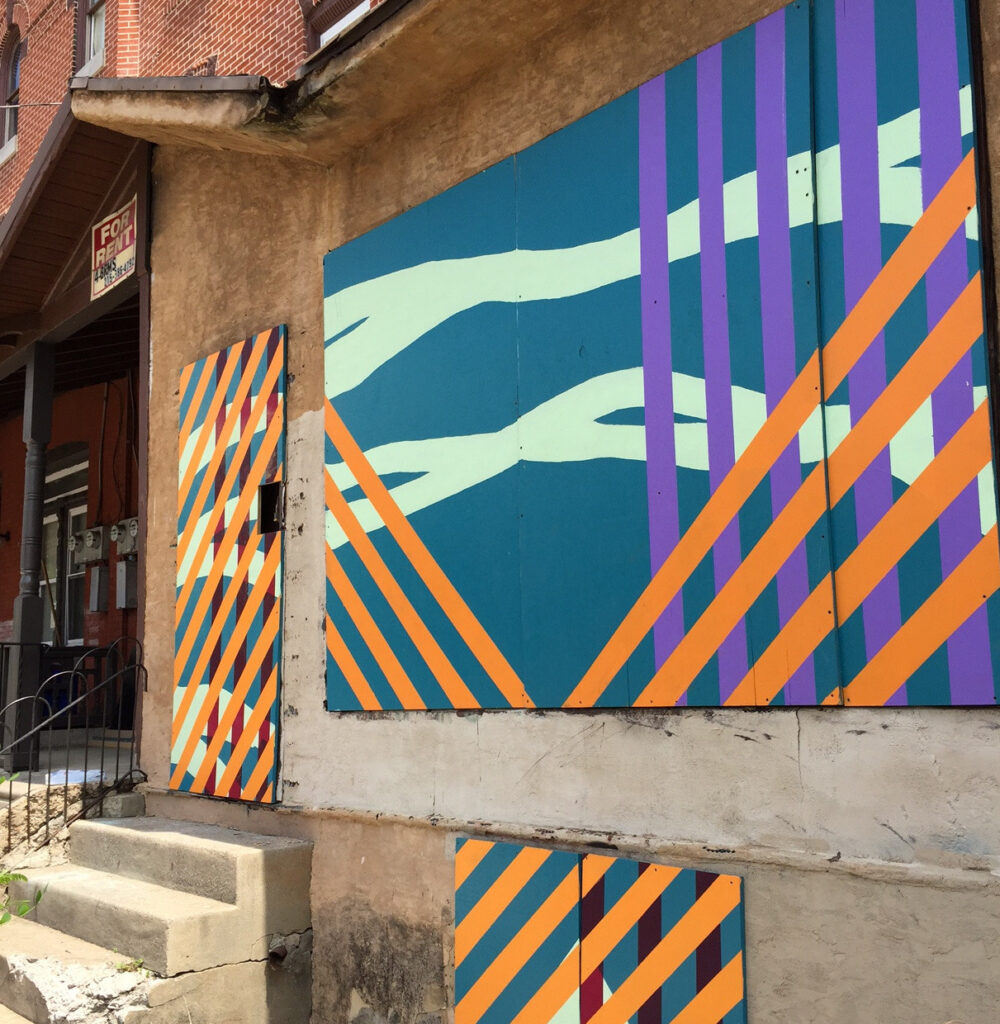 During the CPI course, participants learn the importance of knowing their neighbors and familiarizing themselves with existing groups working in their neighborhood. Aminata embodied this principle. While her CPI final project proposed reviving a long-dormant civic association, once she learned that there was an existing civic association and RCO, as well as a Neighborhood Advisory Committee for the local Community Development Corporation (CDC), she changed course.

She is now a board member for Belmont Alliance, and has taken on the task of researching the prevalence of different disabilities in Belmont to understand if the Civic Association needs to make accommodations for their meetings and events.

Aminata also spent this past summer and fall observing and talking with her neighbors. Through building relationships, she recruited a group of neighbors to serve as a clean-up crew with her.

They are going to launch this spring, and will target cleaning alleys and lots.

Clean-ups aren’t the only way Aminata is literally taking things to the streets! She observed many auto accidents and near accidents on the corner of Wyalusing & Belmont Avenues and worked to get the “stop” lines repainted by the Streets Department. 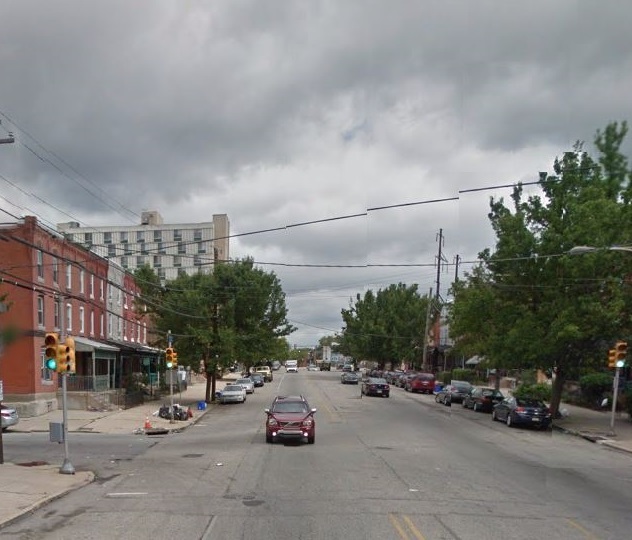 Intersection of Belmont & Wyalusing Avenues, before Aminata advocated for the traffic lines to be repainted

The lines had completely faded away. Belmont Ave is a very large thoroughfare, traffic going up and down both sides, two bus routes [and] cars did not know where to stop.

Beyond affecting neighborhood change, Aminata has drawn on CPI for her career path as well. Through learning about zoning and urban design at CPI, Aminata’s love for architecture was rekindled and she was inspired to go back to school to get a degree in Architectural Design!

Recently, Aminata distinguished herself at a public forum for the Urban Thinkspace project, which aims to create learning opportunities in public outdoor spaces. The members of her break-out group were so impressed with her input they asked her to join the design team!

Aminata returned to her childhood neighborhood of Belmont in November 2014 to “reclaiming, restoring and renovating” her family’s home, which is historically significant as the First and Original Kappa Alpha Psi Fraternity House in Philadelphia.

With the pace she’s working at, it soon will!