Akeem, a Philadelphia native, is the 52nd Street Commercial Corridor Manager for the Enterprise Center CDC and a Member of the North Central Empowerment Zone Board.

As Commercial Corridor Manager, he creates and runs programs to support businesses, and help create new businesses and jobs on 52nd Street.

Akeem joined CPI because he hoped it would be able to help him further his knowledge of the planning process as he moved forward with revitalization efforts in North and West Philadelphia. 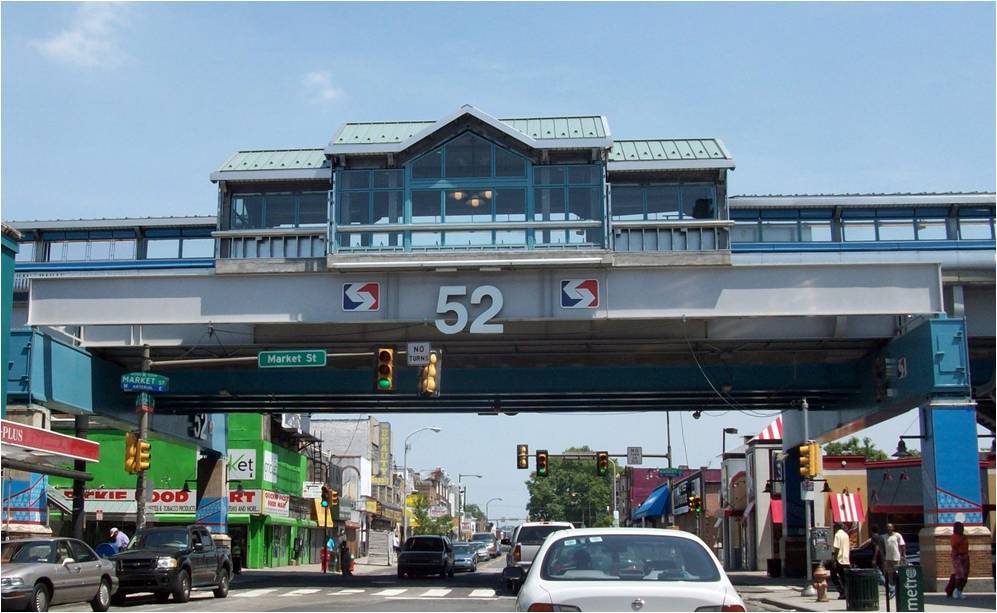 The Market-Frankford line station at 52nd and Market Streets.

As a student at CPI, Akeem focused his proposal on a small business lighting project for the 52nd Street Commercial Corridor because the community, both residents and business owners, were concerned that poor lighting made residents feel unsafe and stores were closing early as a safety precaution.

He continued working on that project after leaving CPI, coordinating the effort with the Department of Commerce, the Workshop School, various community groups and other stakeholders.

He also secured a pledge of funding for the project. After months of organizing, the lighting project is expected to be completed by the end of  2015.

Akeem has also been working on increasing safety at the 52nd Street Market Frankford El station through other physical improvements.

Using Crime Prevention Through Environmental Design (CPTED), he has been working with local police, business owners, and residents to make the area surrounding the station safer.

In 2015, Akeem was selected as an Emerging City Champion by the Knight Foundation for his work, one of twenty-four leaders honored from eight different cities around the country.

He credits CPI for helping him learn how to navigate the city planning processes he encountered when approaching the lighting project.

It does give a clear perspective of the process that we all are going to go through,” he said of the program, and “it also helps to temper expectations on what can happen” when pursuing long-term projects as you see where your role fits in the process.

Akeem was featured as the Urban Innovator of the Week in January 2016 on the website  Urban Innovation Exchange.

We are also thrilled to announce that Akeem will follow the path of several Citizen Planners in becoming a CPI instructor! He will co-teach an elective on commercial corridors in Spring 2016.